It’s a case of one down and 2599 to go at the biggest subdivision in Christchurch.

The single house under construction in the Prestons housing development in Christchurch will not be alone for long.

The milestone of Prestons’ first house was marked by a visit from Prime Minister John Key this week, five years after the giant housing development was first launched. That first house is owned by 87-year-old Cliff Mitten. Since sections in the Marshland subdivision first went on sale last year, about 330 have been sold.

Of the 200 sections in the first stage, known as Korowai, only four remain unsold. Those buyers now have titles to their sections and more construction is due to get underway soon.

In the second stage, Harakeke, 130 of the 230 sections have sold without being officially released to the market. Titles in that stage will be ready for buyers in June next year.

Prestons is the city’s biggest subdivision, designed for 2600 homes and 8000 residents. It is being developed by CDL Land NZ, Ngai Tahu and Foodstuffs South Island.

The developers first released their plans for Prestons in 2008. Flovac collection tank being lowered in by crane

They were in the process of trying to get the farmland rezoned for housing, in the face of opposition from Environment Canterbury and other parties, when the earthquakes hit.

The decision was put on hold and then the project was given the green light in 2011 under the Canterbury Earthquake Recovery Act.

At 203 hectares, Prestons is on a site bigger than Hagley Park. It is next to the Bottle Lake Forest reserve, and the Waitikiri and Windsor Golf Courses.

The development has been designed to include a shopping area with cafes and restaurants, a New World supermarket, a primary school and parks. David Schwartfeger, development manager for Ngai Tahu Property, says the section buyers so far have come from across the board in both age and location.

He believes the geotechnical report that comes with each section is helping attract buyers.

Most of the land in the development has been classed as TC1, the least earthquake damage- prone of the government’s technical categories, while the remaining TC2 land has been brought up to TC1 level. As part of that work, the developers did a soil swap with the Waitikiri Golf Club, removing and giving the club 70,000 cubic metres of peat in exchange for 70,000 cubic metres of sand. The subdivision was then stabilised with a 40-tonne elliptical roller which has been used overseas for mining work.

The Flovac vacuum sewerage system was chosen due to concerns about future earthquakes and due to the high water table in the area. This is Flovac’s second project in Christchurch, which is at Shirley. 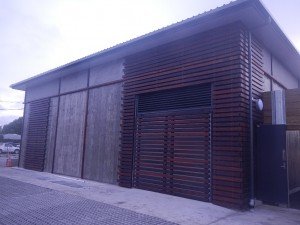 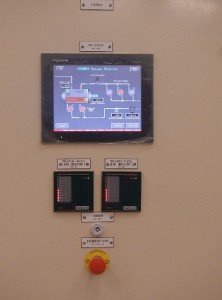