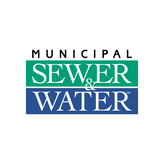 Rain events revealed the need for tracking down operational overload issues in the system, which could only effectively be accomplished via automation tools. Retrofitting a monitoring system has given the district’s operators a real-time view of their system, potential sources of I&I, and a means to protect the mechanical health of this key community infrastructure investment.

The Miles Crossing Sanitary District is fairly new, incorporated when the community decided to shift from private septic systems to a public sewer system. The decision to convert the community — home to a population of approximately 800 — was based upon several factors:

• The town’s topography — situated on Youngs Bay, between the Youngs River and the Lewis and Clark River, is completely flat with elevation from 1 to 10 feet below sea level.

• Dikes are situated between properties to prevent them from going underwater during high tide or rain events.

• The high-water table was causing the area to experience a rapidly rising number of septic system failures, affecting groundwater quality.

The district opted for an vacuum sewer system versus a traditional gravity system. The latter would not have been feasible due to the depths required for installation combined with high-water table levels. The vacuum system implementation process, which cost the community approximately $4 million, began in 2000 and was fully in service by 2010. It comprises 372 gravity pit connections (323 of these being residential), and a single pump station that receives the entire flow from 7.25 miles of vacuum mainline. From the pump station, two 75 hp pumps move the effluent 1.75 miles under Youngs Bay to the town of  Astoria, Oregon, for treatment.

Related: Interview with an Operations Manager

On normal, dry days, Miles Crossing would pump an average of 36,000 gallons per day; but during rain events, that would jump dramatically, sometimes by more than 150,000 gallons. Unlike a traditional system where I&I can exist between joints, cracks in manholes or other conveyance structures, a vacuum system is closed. Brandon Smith, pump station operator, and Carl Gifford, superintendent for the Miles Crossing Sanitary Sewer District, suspected stormwater was entering the system. “One of the biggest challenges with a system like this is that not only do we not want the stormwater — the system simply cannot handle it indefinitely — but since we don’t handle our own treatment, we were sending extra effluent to Astoria that created extra costs,” Smith says. “Our job became finding out where that excess water was entering the system, and then correcting it.”

Gifford and Smith learned that when the system was put in place, contractors had taken each line that was tied into the property’s existing septic, severed it, and then tied it into the new vacuum system. On many properties, storm drains and gutters, as well as other forms of outside drainage, had been run into the septic system. The impact of bringing all these lines into the new vacuum system — instead of just the sanitary line — was unknown to the contractors.

These extra tie-ins created an unnecessary burden on the system and the pump station operations, so they needed to be located and removed. The task of finding the sources of these I&I culprits was labor-intensive and slow, so the district began looking for a technology solution that would assist in this discovery process.

As a first attempt, Gifford and Smith utilized individual pit-fire counters. Each time an individual property’s vacuum pit fired, it would trigger an analog or digital display to track the number of firings. This method proved expensive and unreliable as a measurement or pinpointing technique. As they continued to research other solutions, they were contacted by FLOVAC.

FLOVAC had been well established globally in the field of successful vacuum sewer system installations and was seeking connections in the North American market. It was able to offer Miles Crossing a telemetry system that could be connected to each vacuum pit and would deliver the detailed data the district needed to help pinpoint and mitigate its I&I issue.

Each vacuum interface valve or connection has a magnet located inside of the top section of the valve body. The FLOVAC monitoring system works by attaching a special sensor to the valve body to detect the movement of this magnet. It detects each time the valve opens and closes, as well as how long each valve stays open.

As vacuum valves tend to fire when 10 gallons of effluent have entered the sump, the volume of flows can be calculated from the number of activations. When an unusually high volume of water enters the sump, the valve will take in a larger quantity of fluid during that one cycle. The district could detect such occurrences by how long the valve stayed open. Depending on how many properties are connected to a single collection pit, they would be able to narrow down the point of infiltration to a small area.

With the installation of the FMS, monitoring and telemetry data now lets operators see what the entire system is doing in real time. It allows them to view individual homes and their pits, and provides information on how many times it has fired, and when.

“This is especially helpful during a rain event,” Smith says. “We can see average trends for a property. For example, if a home that normally fires 30 times a day during a weather event starts showing 5,000 fires instead, we know there’s a problem and can deploy immediately to the property while the rain event is still happening to see exactly what’s taking place.”

One big discovery uncovered by monitoring involved a property with a partially collapsed lateral. Although it was functioning sufficiently to serve the home, it had been crushed in some areas. Where it ran from the home under the rock driveway, it was acting like a natural storm drain, pulling water straight from the surface into the sewer system pit. Using CCTV push cameras to inspect and document the line’s condition, the utility team was able to show the property owner the extent of the damage, its effects, and then work with them to develop a plan of action to resolve it.

Normally, the monitoring units are connected to a transmitting antenna that sends data to the central monitoring system wirelessly. Due to the flat terrain and steel manhole covers on the pits, Miles Crossing ran conduit pipe out to a utility pedestal at the roadsides and installed the wireless telemetry equipment there. Everything works wirelessly through the latest Gateway, Bluetooth and LoRaWAN technology and is tied into the district’s SCADA system.

“We can set parameters as far as what we are asking it for, and to send us text messages when there are different alarms. This extra information is especially helpful when we are experiencing a lot of rainfall,” Smith says.

Since its installation, the system has required minimal maintenance. A yearly visual inspection of each valve pit is typically all that has been needed. Rare mishaps can occur, but — due to the very nature of the sealed system’s construction — if things happen, the pumping equipment operation and vacuum attributes make pinpointing issues quick.

Nearly 60% of the system has been fitted with the telemetry monitoring system, and phase two of the project, a complete system rollout, is commencing shortly.

“By retrofitting the entire system with the FMS, we will know when there’s a problem before the homeowner does,” Gifford says. The monitoring system also provides a high-level float that can alert the operators when a pit begins to have an issue. Now Gifford and Smith can be more proactive versus reactive in keeping the system in peak operating status, while cutting down on field time and hunting down overflows.

With just a little more than half the system being monitored, the district has already seen significant savings in treatment costs, Gifford says.

“The vacuum system was a great solution for this community and now with the telemetry tools, we will have a sustainable, high-performing and affordable sanitary system for our district for generations to come.”